Competing at their first swim meet since March 2020, the Belleville Beast placed eighth overall as a team at the Pointe-Claire Invitational in Quebec in December. Prior to this event, a few swimmers participated in an open water competition, which was a two-kilometre swim, this past July and the Belleville club held time trials for its own athletes at the Quinte Sports and Wellness Centre at the end of October and in early December.

“This was our first time actually competing in a pool against other teams,” said Beast head coach Brandon Oates. “It was a pretty big meet. There was 450 swimmers and about 19 teams there.” 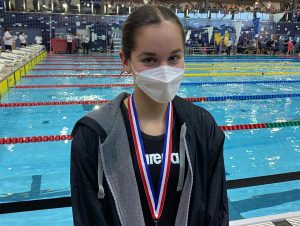 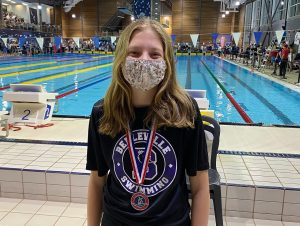 Brennan also placed first in the 15-16 100-metre backstroke preliminaries, but was disqualified in the final. His impressive weekend, though, also included setting new team records. Meanwhile, Adam Case, 12, collected a pair of bronze medals in the age 11-12 division, placing third in both the 50-metre breaststroke and 50-metre backstroke finals. 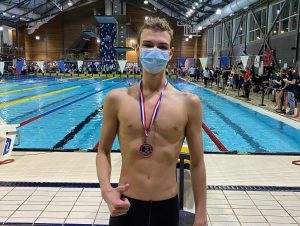 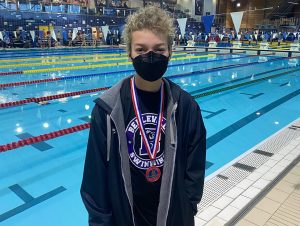 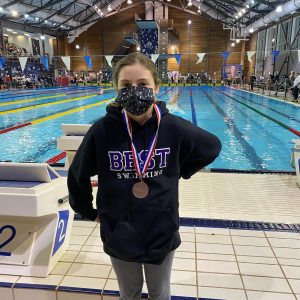 “Probably the highlight of my weekend was watching the athletes interact with one another in a team setting,” Oates remarked. “In swimming, most of the time they’re there (for practice), they’ve got a few minutes before they get in the pool and then they’re in the water. (In Quebec) between their events, it was pretty neat to see them all dressed up in their team gear again and be able to have fun chatting with each other and cheering each other on.”

Protocols were in place to protect swimmers and Oates noted the facility, which had two large pools, was large enough to accommodate all the competitors.

“We have so many cherished memories from the weekend and I’m just glad that our team was able to do some type of racing in a normal atmosphere again,” Oates said.