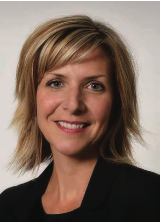 My brothers loved Saturday morning hockey, it was a ritual, a necessity, and the opportunity to be with their teammates. My husband used to join them when he could manage to escape me and the kids on the odd Saturday. I honestly don’t think I ever understood how important those two hours a week was to a group of guys that used to live on the ice. As marriage and kids became a priority, they were now reduced to these two hours of time, once a week, to feel young again.

My brother and his friend Kitch met every Saturday morning. Kitch would pick him up with coffee in hand. He’d have a smile on his face that made him look like a 10-year-old about to play pond hockey for the first time. The two of them looked comical on the ice. My brother on skates stood a whopping 5’8” tall and Kitch towered over everyone at 6’5”. Although they looked like the odd couple, they were the best of friends. They had met playing ball hockey. After their first game, they went to a party, told stories all night and laughed until their stomachs hurt. In that moment, in that kitchen, at a party in the middle of nowhere, these teammates became brothers. He was always a gentle giant off the ice but a force to be reckoned with on the ice. My brother tells many stories of how he got away with being mouthy as a little guy because he knew nobody would touch him with Kitch towering behind him.

Kitch had played for our local Ontario Hockey League (OHL) team, he moved to our hometown and started billeting with a family at the ripe old age of 17. After his stint with the OHL, he went out east on a hockey scholarship. After graduation he moved back to our little hometown to set down roots. He wanted to come back to the town where he met all of his brothers, his friends, his teammates and his beautiful wife. They built a house next door to his billets and started a family. He literally built his life around the people he met through hockey.

One winter Saturday morning as my husband and I sat in our pajamas drinking coffee, I got a call from one of my brothers. I picked up the phone and I could tell by the trembling voice on the other end that something terrible had happened. Kitch had collapsed on the ice and unfortunately, he didn’t get back up. My husband had the pleasure of many skates with this incredible man; he was also his teammate. I remember hanging up the phone and having to break the news that Kitch had died on the ice surrounded by his brothers and teammates. We both sat in our pajamas all day in utter shock of the news. In the next few days as we walked around in a haze, we all told stories of him, his friends gathered at their favourite watering hole, they cried and they laughed as they spoke of this incredible man.

I think one of the most impactful moments on the day of the funeral was when a group of young Junior players walked in wearing their jerseys from the OHL team where Kitch had played for so many years before. They never played with him but somehow, they were still his teammates. In trying to decide on pallbearers it became too difficult. He had played hockey with so many guys that they ended up having over 30 of his former teammates walking in a procession behind his coffin. It was one of the most powerful things I’d ever witnessed. I couldn’t help but think that this man had moved here for hockey at 17 years old and didn’t know anyone, yet today he filled a church with family, friends and teammates.

I don’t think you can ever underestimate the power of the moments in a dressing room with your teammates, those giggles as a seven-year-old playing tyke, a 15-year-old playing Midget or a 40-year-old playing Saturday mornings. Those relationships are the ones that will carry you through your adulthood, your wedding, your promotion, your divorce and perhaps those relationships will carry your family through when you no longer can. Is it really as simple as, “They played on my team” or does it come down to, “We started out as teammates and now we’re family”.

WHEN YOU GIVE A CHILD A HOCKEY PUCK