Chiropractic Treatment Can Provide Concussion Recovery Without Use of Drugs 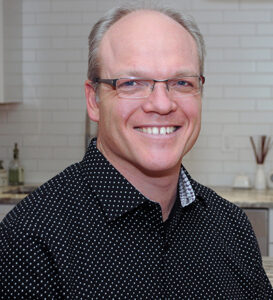 Documentaries and movies paint the vivid picture of exactly how these brain injuries occur and how they affect athletes, their families, and even their quality of life. Researchers who studied the brains of former athletes shared an unwelcome message about the consequences of repetitive head trauma. Scientists insisted that proper recovery protocol be put in place to protect the thoughts, memory, and emotions of individuals who suffer a concussion.

Chiropractic plays a significant role in providing concussion relief and recovery without the use of powerful drugs. Jim McMahon starred as a quarterback in the Chicago Bears in the 1980s and began suffering with severe depression, migraines, fatigue, memory loss, and chronic fatigue after retiring from the NFL. McMahon’s story surfaced on ESPN and documented his dark days confined to a few rooms in his home after no longer being able to deal with most daily activities. McMahon’s memory began deteriorating while his emotions became uncontrollable amidst constant migraines and extreme fatigue. His desire to live diminished hand in hand with his quality of life.

McMahon’s desire for relief finally brought him to the right Chiropractors. He described his first adjustment as feeling like someone flushed the pressure and gunk that had been clogging his brain. McMahon continued receiving adjustments over the next few weeks and months and began to feel a return to normalcy. Similar outcomes radiate from other brain trauma patients.

Professional athletes make up a small percentage of people who deal with concussions. Nearly half a million children endure brain trauma annually and nearly four million people were diagnosed with a concussion in 2012. The fastest growing rate of concussion diagnosis involves middle school children. A 2014 study stated that all post-concussion patients should undergo a spine and posture exam following a traumatic brain incident.

A 2015 study showed that traditional Chiropractic management of post-concussive syndrome patients resulted in rapid and sustained improvement in signs and symptoms that allowed athletes to return to full competition.

Chiropractors receive training to evaluate the health and condition of the spine, posture, and nervous system in patients who have experienced a concussion.

Parents and athletes should be aware of some basic statistics linked to concussions:

•  A third of concussions occur in practice settings

Concussions will continue to be a part of all contact sports and proactive instruction and recovery practices play an essential role in keeping athletics safe for all participants. People deserve a drug free solution that assists in relieving the suffering and progression of post-concussive patients.

For more information, go to chiropracticgeneration.com/twe and download a free E Book “The Winning Edge: Athletic Performance and Chiropractic”

Practicing in Belleville, Ontario, Canada since 2002, Dr. Steve has been a chiropractor since 1996.

Originally from Calgary, Alberta, Dr. Steve attended the University of Calgary for his undergraduate studies. Following that he received his Doctor of Chiropractic from Western States Chiropractic College in Portland, Oregon, USA. During his chiropractic career he has witnessed many incredible healing miracles in people’s lives as a result of chiropractic.

A chiropractic patient since he was a child, Dr. Steve knows first-hand how vital a clear and healthy spine and nerve system is for our wellbeing.

When not educating and adjusting patients, Dr. Steve loves to spend quality time with his family, training for triathlons, and enjoys writing and recording his own original music with his band ‘Atomic Spirit’.