Why would anyone want to coach? It’s a good question. I was asked this very question a few weeks ago. Coaching isn’t just about a few players out on a field, court or rink. It’s about parents, grandparents, opponents, referees, other coaches, league mandates, executive committees, and most recently Covid and lockdowns, the list goes on. I coached my first team when I was 16, an Allstar soccer team in Brighton. Since then I’ve coached hundreds of athletes at all levels, ages and numerous sports. I’ve been fortunate enough to have won championships and collected personal accomplishments such as being a 2 time OCAA coach of the year. This is not why I coach. Most coaches go about their business and require no recognition or gratitude for their time away from their families and dedicating their time to teach and support someone else’s young athlete. So why coach?

A few years ago at a tournament in Ottawa I watched a mother walk across a field and proceed to punch out a young referee. I intervened and for my trouble was cursed at, and for the first time was concerned I was going to get punched out by an angry Mom. When she spun out of the parking lot with her crying kids in tow I asked the bloody nosed young referee if he was OK. He said he was fine and said I “get paid 20 bucks for this”, he continued reffing the rest of the day. He wasn’t reffing for 20 bucks – there’s much easier ways to make a few bucks. But he knew the game, he loved the game. Is it because we love the game, is that why we ref, coach or volunteer? Could it be that simple?

Recently I had the absolute pleasure of watching Andrew Hinchey, owner-operator of Soul Beach Volleyball, work with a young group of female volleyball players. This guy is a dynamo. Andrew grew up in this area and was a small town boy who played and coached volleyball world wide. His credentials are impeccable and include playing for Team Canada, 2 silver medals on the NORCEA tour, a career as a professional volleyball player and more. What struck me about Andrew- in his bio it reads, “he began coaching with the National Team Program to give back to his sport”. His coaching credentials include the University of Melbourne ( Australia ), Durham College where he won OCAA Coach of the year. No surprise that Andrew is a teacher. Let me rephrase that, he is an excellent teacher. As it says in his bio he wanted to give back to the sport. Is this the answer to the question why we coach? It was very clear that Andrew loved coaching, his passion and enthusiasm for the game rubbed off on the girls as they were glued to his every word. It was a coaching session that was fun, fast and taught the girls all at the same time. Is Andrew the answer to my question? I would encourage anyone who has the opportunity to be a part of any of Andrew’s programs for the advanced player or beginner to do so. I guarantee a fun, positive learning experience. ( see attached info ). 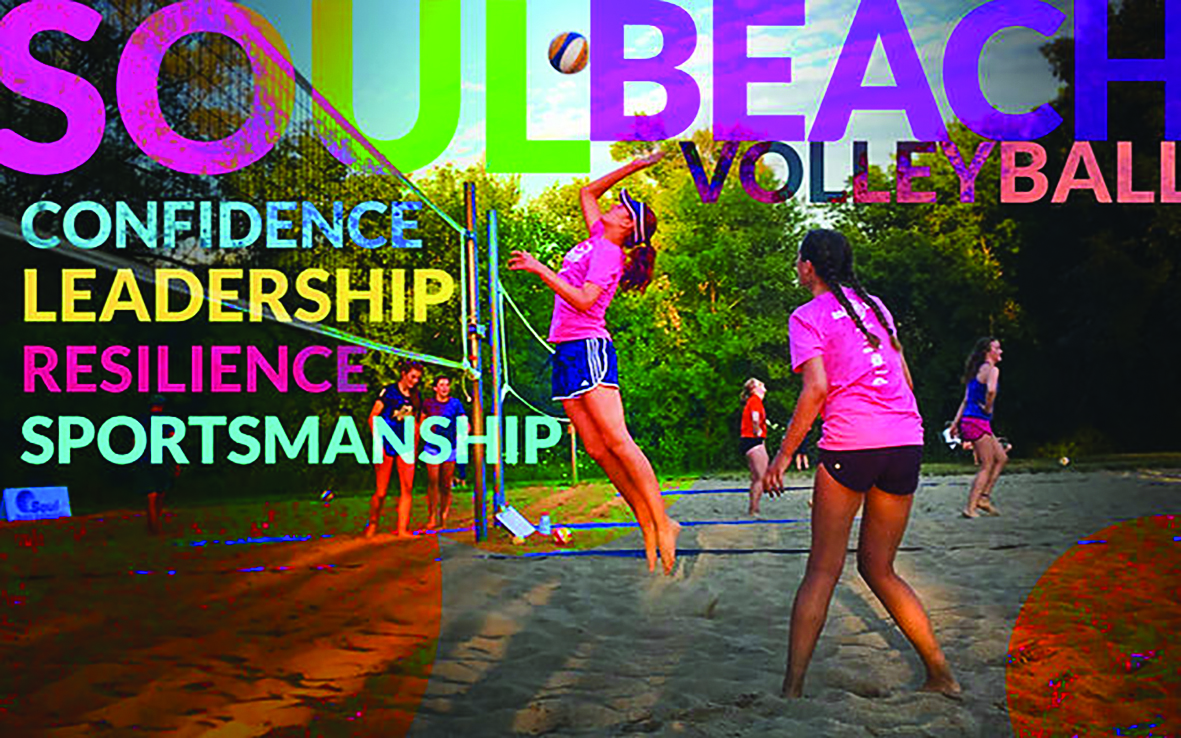 The past few years have been a learning curve for young athletes. Skillsets are lower, draft years have been altered, leagues have been realigned, high school sports have had to change to more of a varsity set up, it hasn’t been easy. Coaches and parents have had to adjust and find ways to motivate young athletes. Enrolment in a number of sports have been alarmingly low, but are thankfully starting to grow. Now more than ever coaches are needed. Not just for the technical parts of the game, but the emotional and mental aspects. Coaching after a two year break from lockdowns means you have to adapt to a new type of athlete with varying degrees of skill levels. Andrew Hinchey has this figured out to a tee, a part of his training strategies is the mental and team building aspects of training. Kids are resilient, perseverance is the key.

Unfortunately, there are negative sides to coaching a team. Judging by some parent’s reactions most amateur coaches must have multi-million dollar contracts. It’s quite the opposite, using holidays, sick days, or spending money to go to tournaments, games etc..

When the team is winning- the coach is great, when it’s losing- it’s the coaches fault. Parents are biased towards their own child- of course, they are invested in their child’s sports, this is a good thing. The downfall is when the sport parent starts aligning other parents against a coach, bad mouthing the coach in front of their child. This is the quickest way to destroy a team.  If there is something so egregious that a coach needs to be removed, it should be quick and transparent. If it is a question of coaching tactics or decisions, it’s a conversation between adults who should be conducting themselves as such. Unfortunately emotions and feelings can blur the lines of common sense. Being front and center coaching a team means you are the first target the easiest fruit to pick. Ironically those who align parents against the coach and bad mouth the coach in front of their child stand back with some version of self fulfilling prophecy when things start to fall apart saying “I told you so”, blissfully unaware they are the cause of the problem. So, again I ask, why coach?

I am helping Brett Davis with the Trenton High School Girls varsity soccer team. I like Brett, he’s a great guy, great coach. The team is young players playing older teams, it’ll be a building season. Brett’s attitude is perfect. He’ll take the small victories where they can and build on it for the future. The girls have bought into this, scoring a goal is a victory, a good play is a victory, this attitude assures a bright future. The girls are great, some have experience and others have none but their attitude is second to none- in time they’ll be a force. During practice on a miserable Tuesday night I asked him why he was coaching, he said “he was giving back to the game”. There it is again the same answer that Andrew gave. That’s enough proof for me, this is the reason why coaches coach, it’s for the love of the game.

Andrew Hinchey, Brett Davis, and count me in with this group, love the game and want to give back to the game. The negatives associated with coaching fade into the background when you love the game. It doesn’t matter which game, watching athletes succeed whether it’s a National Championship or small victories, you are a part of showing athletes what you know to be true- they will love the game as well. Watching the successes, sharing victories and years later reminiscing with players I’ve coached is proof positive that coaching matters and your role in their lives has importance. Some day when they themselves are showing grey hairs and moving on in their own lives they’ll understand what it means to give back to the sport when they too will coach. They’ll understand it’s how sport grows, it’s why coaches like Andrew, Brett and my all-time favourite Tom McCulloch coach. It’s all for the love of the game.

LACROSSE IS BACK IN A BIG WAY IN QUINTE