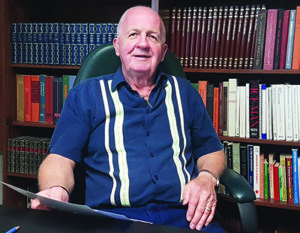 Shannonville has a long and rich history in the racing scene in Canada. It was built by John Nelson in 1974. Mr. Nelson came from Ireland where he was a motorcycle and racing enthusiast.  He operated a motorcycle shop in Toronto and built the track to organize motorcycle races.

In 1979, the track was sold to Jack Boxstrom, an entrepreneur and racing enthusiast.  Boxstrom operated racing schools for car and motorcycles and eventually sold the track to Val David Motorsport Group in 1986.  This company invested heavily in a big expansion of the track: Fabi track, new grandstand, new building containing offices, classrooms and a large room on the 4th floor for parties and corporate events.

The track was subsequently sold to Jean Gauthier, a CPA, CA and businessman from Montreal.  Gauthier has operated the track since 1992 and annually undertook new constructions or improvement projects.  When Gauthier bought the track in 1992 there were 10 buildings and structures. There are 21 today.

Shannonville is one of the most prominent businesses in the area, providing significant employment and a  solid contribution to the local tax base.

The winner of multiple community improvement awards from Tyendinaga Township, Shannonville Motorsport Park was also recently named “Business of the Year” with Hastings County as part of an opportunity and tourism initiative.

Shannonville Motorsport Park covers 146 acres and is one of the longest and most technically challenging tracks in Canada at slightly over 4 kilometres.  There are multiple tracks and configurations which make it very versatile and cost effective.  The pavement is in very good condition and sections have been repaved through the years.

The property is well located to meet the needs of motorsport fans from Toronto, Ottawa and Montreal in addition to many other cities, including Kingston and Peterborough. The property is conveniently adjacent to old Highway #2 and the 401.  The track is also close to New York State, exit via 661 of the 401.

TRACK FOR SALE AFTER 25 YEARS!

It will be 25 years of ownership and management of the track by Jean Gauthier in September 2017.  The track and its subsidiary Race Events Inc., are for sale as retirement time has come. Shannonville is ready for a new owner to take this amazing business to the next stage in its evolution.

Jean Gauthier is proud to say that unlike many financially-failed racetracks, Shannonville has posted profits for 43 consecutive years.